In this case, five members of an organization were experiencing ongoing issues for a number of months and escalating difficulties.  Despite the best efforts of the Executive Director and Human Resources to try to resolve the disputes, a resolution could not be found. The organization contacted JRB Mediations to help resolve the issues. 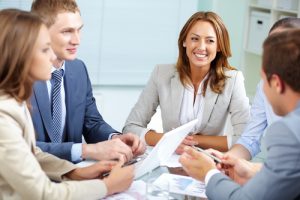 What the Organization Wanted from the Mediation:  It was very important for the organization that everyone work as a team and follow the lines of authority in order to ensure a cohesive and happy team and environment. The only information the organization required was whether or not a mediated agreement or outcome was made at the end and its key points.

Pre-Mediation -Interviews: JRB Mediations conducted pre-mediation interviews with each of the five disputants to obtain background information on the dispute. This included each participant’ issues and perspectives; their interests; their worst and best case scenarios; impact of the dispute on them and the other person(s); what had been done to try to resolve the disputes–what conversations if any? What they want and how they may want to move forward towards a positive outcome; etc.

Background: Out of the five disputants, one declined to participate in mediation. Mediation is a voluntary process. Mediation involved the four remaining parties/disputants (J,K,L,M):

M and L had been with the organization for over 10 years and had a good working relationship. Each worked in different areas and reported to the Executive Management (EM).  Recently, K was promoted to Manager to oversee a contingent of 10 employees. Though L and K also worked in different divisions of the organization they had a good relationship on both a personal and professional level. When a supervisory position had opened up in K’s area, K selected J for the position, rather than L’s friend (Y), who was working in K’s area.  Over time Y and another employee ‘X’ raised concerns about K’s work area with L rather than with K.  A few months later Y left the organization; X left a couple months later. Unknown to L there were many performance issues with X.

It was discovered soon after X’s leaving that X and Y had made negative statements through Email and Lync about K’s work area, K and J personally, upper management (M), and had been corresponding with L; in addition, L had been communicating a reorganization proposal with Y and X. L had discussed the reorganization proposal with executive management but had not approached M or K about it, though it would have impacted their areas. M and K had heard about the re-organization from the EM.  L had posted on social media a congratulatory message to X for moving on from the organization, which K and J took issue with given L’s lack of knowledge of X’s performance issues. M had no conversations with L regarding the proposal and other issues; since L reports directly to the EM, M felt it was the EM’s responsibility to speak to L.

Initial Positions of the Parties

L understood the Human Resources (HR) department’s reasons regarding the inappropriateness of L having discussions with Y and X about K’s work area. However, L did not agree with HR because L knew Y and X on a personal level and the felt the work area issue was a simple communication problem that could be easily resolved. L felt that much conjecture and false assumptions were being made by the other disputants/parties based on information L had shared with them regarding these issues. L’s intentions were always genuine and were not meant to hurt, be disrespectful, nor undermine anyone. L had submitted her envisioned reorganization proposal to the EM because she reported directly to the EM . It did not cross L’s mind to discuss her reorganization ideas with M or K.   L’s personal Facebook page comments to employee X were words of encouragement to X based on L’s own experiences when job searching.  L had not considered how others’ may interpret the message.

K believes L overstepped L’s role and boundaries. It was not appropriate for L to be speaking to K’s staff about K’s area. K felt that L had a hand in assisting X and Y with trying to sabotage K and her supervisor (J) in their new roles.  K also felt that that L did not think K deserved the promotion to Manager. K believes L was protecting X and Y because they were L’s friends and also based on the discovery of emails that X and Y had been disparaging K, J, and M,  and  L’s sharing of the reorganization proposal with them. K feels that L’s social media post about X is irresponsible, reprehensible, and makes K look bad since K and HR had been dealing with X’s performance issues and the newly found email issues. K feels L is not a team a player and lacks self confidence in understanding what L brings to the organization, and so L seeks it out from others.

M feels that L had been acting inappropriately and unprofessionally. M thinks L has overstepped boundaries around L’s role and has interfered with M’s and K’s staff and their ability to provide support to their staff. M and L’s perspectives on L’s activities and behavior differ especially with respect to the proposal.  M thinks L submitted the proposal to the EM behind M’s back and that the purpose of L’s proposal was so L could “save” employees X and Y by moving them to L’s area. M also believes L had been encouraging the employees to undermine M so that L could get what L wanted. M feels hurt and sabotaged given M has always had L’s back. M wants L to take accountability and ownership for what L has done. Only then can they move forward. Conflict at work has been negatively impacting M’s personal life as well.

J felt that L was judging and disrespecting J and advocating for X and Y.  L would tell J how to supervise X and meetings felt like it was L, X, Y against J and K.   J felt that L was being passive aggressive towards J and K in L’s personal Facebook message to X and the message posted reflected poorly on J and damaged J’s reputation. J felt that the message was offensive given her lack of knowledge about X’s performance issues. J feels stuck on how to move forward so there is no awkwardness of the situation and thinks that a positive working environment cannot be attained after      these issues.

Common Interests of the parties: Positive working relationships and team environment; work as a team; support each other; business as usual; follow hierarchical processes; follow protocols; boundaries around roles; look after each other’s back; being valued and respected; understanding;  being professional; move forward.

Recommended Strategies Used: Two mediations were conducted. The first mediation was conducted with Director M and Manager L. Since they had issues that were not relevant to the other two parties (K and J), this allowed them to engage in more open and fuller conversation with each other, without concerns of junior staff being present.

RESOLUTION:   The Mediations were a voluntary process facilitated by JRB Mediations. The mediations allowed the participants to come to their own resolutions. In both mediations, the facilitated discussions enabled the parties to understand each other’s’ perspectives of the situation and the issues. They explored their past and current working relationships; where it was going wrong and what they expected from each other to move forward. They explored each other’s concerns, assumptions, and expectations. Each mediation spoke to key issues (among other issues) related to boundaries, protocols and processes, communication, and trust. They explored what they needed from each other in order to move forward towards positive working relationships and a positive workplace environment.

About the Author: Judy Balombin